During Aida Batlle’s visit to Melbourne, Bureau Collective hosted an event named a “Spotlight on Aida Batlle” where Tim Williams asked about her work in coffee. This blog post captures a few highlights (lowlights) of the Q&A and the responses that silenced the warehouse.

Tim asked Aida about coffee rust and in 2012, its impacts on Salvadorian coffee producers.

Aida was able to use this question to highlight the true disconnect between consumers/buyers and farmers. Because it was at this time, that producers who used to produce 250 bags of coffee a year could only produce 25. And for them, this was their year’s work.

Coffee is about lives, it’s about babies and it’s hard because when something like this happens it’s devastating for a producer, but for the buyer it’s easy for them to just “turn a blind eye” and buy from another origin.

On Aida’s recent Forbes article on gang violence in El Salvador, she gave replied that

It’s a problem, that the US government was deporting Salvadoran criminals (because why wouldn’t they?) and they weren’t being rehabilitated. On top of that, there’s no support for producers. She has to work with 25 other neighbouring farms to hire security (which isn’t cheap) to protect their farms, because if not – in the middle of the night, a truck full of pickers will drop by the side of your farm and clean out your crop.

When she returns to El Salvador, she has a bulletproof car; a trained K9 and two bodyguards.

This response stunned the room silent.

In a ‘matter of fact’ manner she confessed that being a coffee producer is a  “dirty, nasty, magical and beautiful thing.”

How to train coffee pickers?

Tim introduced the audience to her work in Mexico, how she was training pickers to pick ripe cherries (to increase the value of their crop) and how through her Aida Batlle Selection process, she was in some ways the “Beyonce of coffee.” He asked her “How did you do it?”

She said at first, she didn’t know.

Her family had been in the coffee industry for four generations and yet, in those years they had never drunk their own coffee. A producer tasting and cupping their coffee is a new thing.

When she first started out, she had 60 pickers and they were told to pick all the cherries off the trees and then manually pick out the ripe ones at the sorting station.

The next day, only 30 pickers returned.

At this time, she knew, that it was only time – that they too were going to walk out.

So she asked them, what would be the best way? They responded with “we only pick the ripe ones?” – “ooooh.” (chuckles from the room). As Aida explained, she said that this whole ripe cherry picking – it’s a new thing – sure it’s commonplace now, but back then it wasn’t. We have to remember Specialty coffee is a young industry.

Today, to teach new pickers, she compares a ripe and unripe banana. 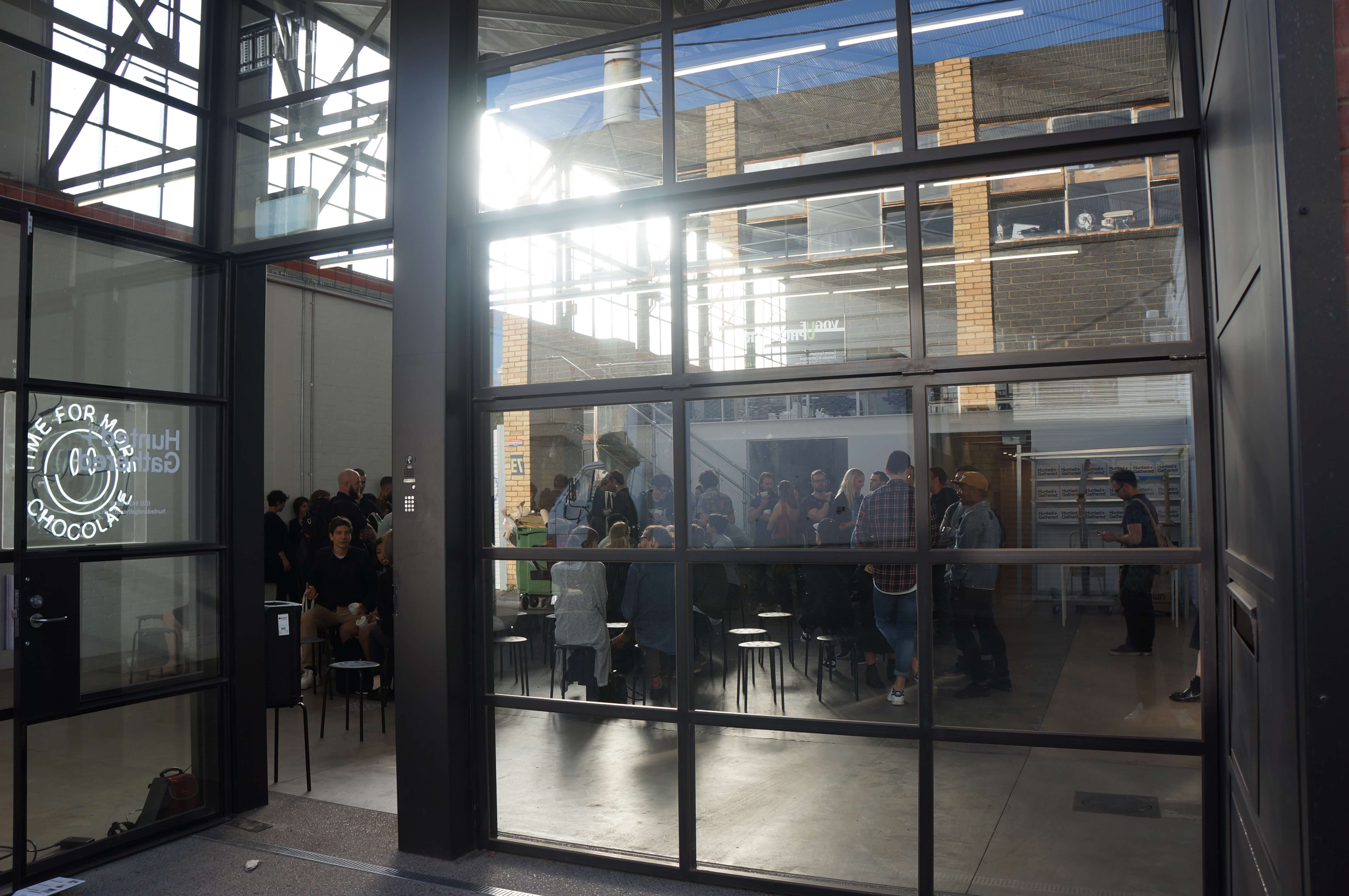 Attendees at “A Spotlight on Aida Batlle” 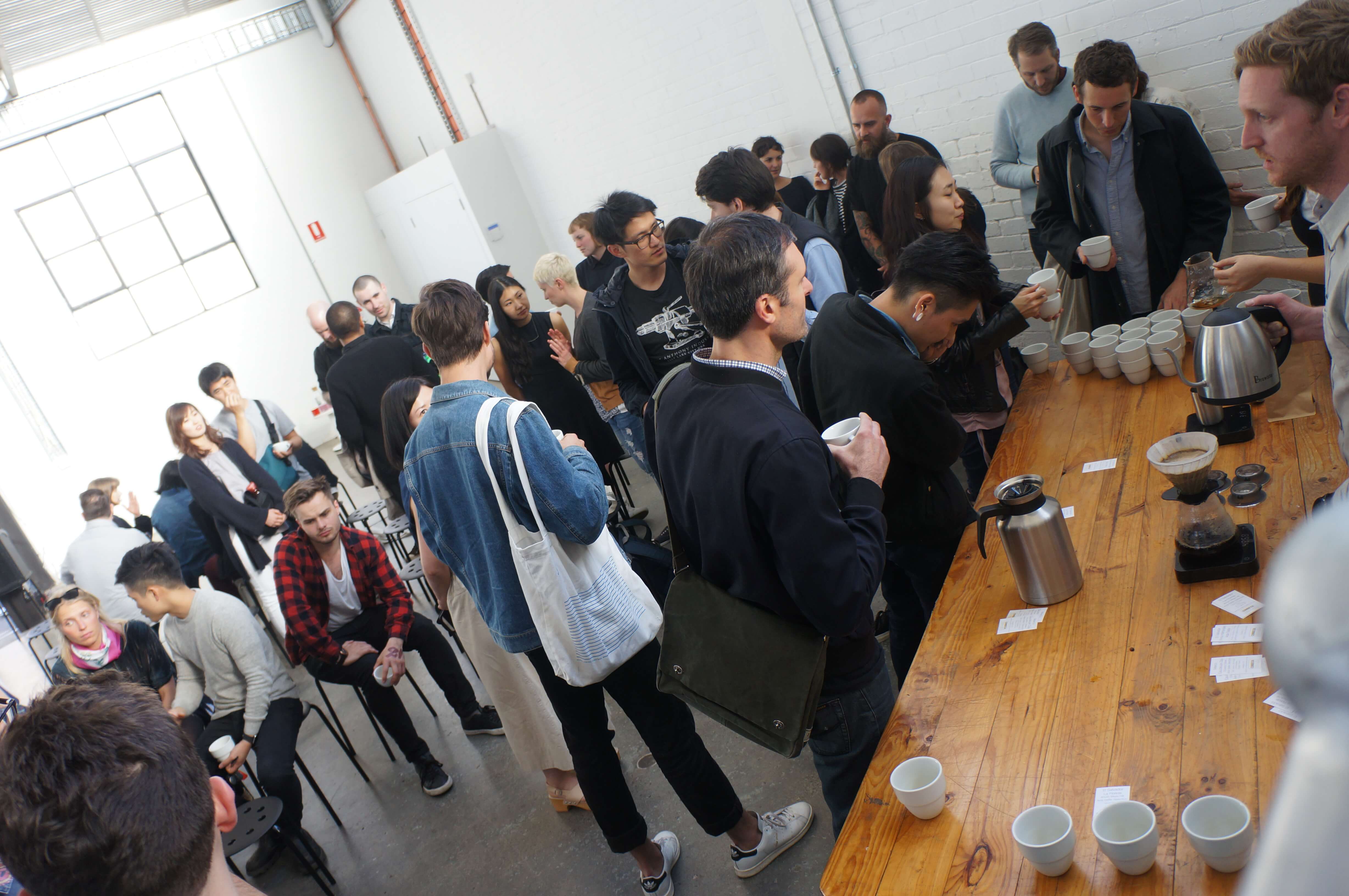 For Market Lane, Rwanda is a country that is close to their hearts. Specialty coffee has been the main driver of economic growth in Rwanda since the genocide in 1994.

Market Lane has been involved with this development, through a meaningful & mutual six years of relationship with Buf Cafe and the Dukunde Kawa cooperative.

END_OF_DOCUMENT_TOKEN_TO_BE_REPLACED

For over a decade, the Paz family has been responsible for changing the face of Honduras specialty coffee. In 2000, the Paz family built the Beneficio San Vincente mill in Peña Blanca, Santa Barbara, and since 2008 BSV supported coffees have produced five first place wins in the country’s Cup of Excellence (the most of any other mill in the World). The Paz family has also been pivotal in the support and nurturing of Santa Barbara producers. We chat to Benjamin Paz, who’s family have been pioneering and instrumental in changing the face of specialty coffee in Honduras, and Andrew Kelly from Small Batch Roasting Co, Melbourne about the intricate details of his three visits to Honduras, including the Santa Barbara region.

Benjamin, can you tell me about your work with supporting and nurturing Santa Barbara producers?

At San Vicente we find farmers who produce good coffee or have the potential to do so, and connect them with specialty coffee roasters around the globe. We want to create that bond, that connection. I think, the most important and influential thing we have done, was to discover the area’s potential and show that to the coffee world. Also, with the help of coffee buyers, we organise farmers and, prepare and teach them how to produce better coffee; we also collaborate, to provide farmers with economic resources and needed operational resources. At the end of the day, the goal is to ensure farmers have a sustainable price and roasters/buyers receive a good consistent coffee.

END_OF_DOCUMENT_TOKEN_TO_BE_REPLACED

To celebrate the delicious efforts of 8 producers from the Santa Barbara region, Honduras; Small Batch Roasting Co has adopted the ‘The Santa Barbara Project’ handle overcoming the small quantities of many of the lots.

END_OF_DOCUMENT_TOKEN_TO_BE_REPLACED

The story of STREAT Coffee starts when co-founders Rebecca Scott and Kate Barrelle worked for KOTO, a training program and restaurant providing street youth with life and job skills in Hanoi. Following her time at KOTO, Rebecca visited many outstanding social enterprises in Thailand, Laos and Indonesia.

Seeing the positive impact of such social enterprise work, this inspired Rebecca to pursue this as a research topic in her Masters of International and Community Development. STREAT was born from such key experiences and research.

STREAT Coffee believe that every young person should be given the opportunity to reach their potential. This isn’t possible for a young person if they don’t have somewhere safe, affordable and loving to belong.

END_OF_DOCUMENT_TOKEN_TO_BE_REPLACED While there is no “one size fits all” definition to social enterprise, I have come to understand it as a business that uses the market for social good.

From my experience volunteering, as well as exposure to large bureaucratic institutions that are out to “change the world.” I find the former challenging to keep volunteers long enough to create sustainable change (retention is low). While the latter requires so many systems and procedures that “good intentions” often result in poor social impact (form over substance).

While the space is still very young in Melbourne, I hope and believe social enteprises will pave a way to both a sustainable, pragmatic way of doing good. I interview Kirsty McKenzie from Good 2 Go by Youth Projects and get her insights on doing good.

END_OF_DOCUMENT_TOKEN_TO_BE_REPLACED

The story of STREAT Coffee starts when co-founders Rebecca Scott and Kate Barrelle worked for KOTO, a training program and restaurant providing street youth with life and job skills in Hanoi.

Following her time at KOTO, Rebecca visited many outstanding social enterprises in Thailand, Laos and Indonesia. Seeing the positive impact of such social enterprise work, this inspired Rebecca to pursue this as a research topic in her Masters of International and Community Development.

STREAT Coffee was born from such key experiences and research. In early 2008, STREAT piloted the program. They tested the model and developed strategies, policies and procedures to expand the model further, 2009 was used to lay down foundations while 2010 they kick-started the program. I chat to Michael Lawson, from STREAT Coffee about their work. See the full interview with roaster Michael Lawson here.

END_OF_DOCUMENT_TOKEN_TO_BE_REPLACED

Long Miles Coffee Project is a coffee producer in Burundi, and is run by a small American family. They were not always producers, but rather a family with a dream. They dreamed of facilitating direct and meaningful relationships between coffee roasters and coffee growers by producing great coffee and telling the story of the farmers who grow it.

However, after some time sourcing coffee in Burundi, they realised the only way they could live their dream, consistently deliver high quality coffee, and control the price their farmers were being paid was to build a washing station. With the help of friends and devoted blog readers, they were able to sell their first harvest of coffee before it even hit the drying tables. They are now a vital part of the community.

END_OF_DOCUMENT_TOKEN_TO_BE_REPLACED

The Finca Loma La Gloria’s (LLG) story begins in the late nineties when Anny’s dad, a civil engineer, bought a farm and named it after her great-grandfather’s fruit farm. Compared to other Salvadoran coffee growers (who have been in the industry for four generations or more), Anny’s family is ‘new’ to the industry.

END_OF_DOCUMENT_TOKEN_TO_BE_REPLACED

Over 150 years ago, Don Manuel Ariz left Galicia, Spain and arrived in concepcion de Ataco, Ahuachapán – at this time, coffee planting was starting to take hold and Ariz invested in small lots of land nearby, beginning with 13.5 flat-clay-lime soil hectare, which is now today VillaGalicia.